Magnetic Flowmeters have been in the market for over 50 years. They are widely used for the measurement of the liquids such as water, sewage, chemical solution.,etc. The mag meters were first introduced at Holland for commercial use at Tobinmeter Company in 1952. Later the USA received the first introduction from the Foxboro in 1954. Its now done by the majority of the instruments companies over the world.

For electromagnetic Flowmeters to work, wire coils are mounted on the sides of the pipe where a voltage is then applied through the coils. The magnetic field is then generated. Any conductive liquid passing through the pipe generates a voltage which in turn is detected by electrodes. The flowmeter then uses this as a way to measure the rate of flow.

1. They only measure conductive fluids such as water except for hydrocarbon-based fluids.
2. They have a number of different liners to suit the variety of applications making it useful and effective for all the applications such as the hygienic, caustic and also water applications. It gives a great assurance to measure any kind of fluid with the right liner.
Notably, Europe is so popular with the flowmeters than the USA. This might be attributed to the fact that Europe has a smaller geographical area and it also has leading companies having their base in Europe!

Magnetic Flowmeters possesses the best advantages such as the ability to handle dirty liquids. It can also handle the slurries, wastewater and other liquid contents that might be so hard to really measure. The magnetic flowmeters are considered better than the Doppler flowmeters in varies aspects.

. Reducing the threshold for measurement
The only shortcoming of the Magnetic flowmeters is the inability to measure fully conductive liquids. Research is now being conducted t ensures that the Magmeters are made more versatile so as to be able to deal with the fully conductive fluids. They need to reduce the threshold that's suitable for measurement like their counterparts the transit time ultrasonic flow sensor suppliers who can really handle fluids with high impurities.
. More research on the battery operated magnetic flowmeters.
There is also a need to research on the battery -operated magnetic flowmeters. This will have a great impact on marketability so as to be used in remote areas such as the water and the wastewater. They can serve to suit areas such as agriculture, networking and even irrigation. The wireless communications that this remotely placed Magmeters are equipped with makes it even more significant. For it can allow the use of the AMR for the remote areas. Silver Automation Instruments supplied battery powered 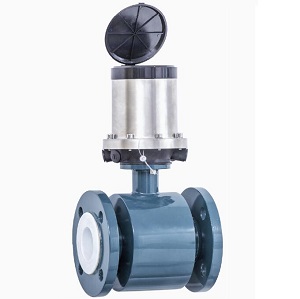 It's true that the growth of the flowmeters is really dependent on the population growth following the fact that it majorly deals with the clean water and also the wastewater. Unlike their counterparts who are rapidly growing such as the ultrasonic flow meter and the Coriolis flow meter, the magnetic flowmeters growth is slow but it has really overtaken the turbine flow meters and the positive displacement flow meters that deals with water and the wastewater. This is playing a great role in their growth.