DP flowmeters also known as differential pressure flowmeters are used for measuring the liquid flow in a pipe precisely. These devices employ Bernoulli’s equation to perform the measurement process. A constriction is introduced in the pipe that leads to a pressure drop across the flowmeter. The pressure drop gets higher as the flow of the liquid increases. The flowmeter’s downstream and upstream pressures are directed to the transmitter by the impulse piping methodology. The transmitter gauges the differential pressure to identify the fluid flow. Around 25% of flowmeters being used worldwide are using this technology. Here are various types of differential flowmeters that you can come across today: 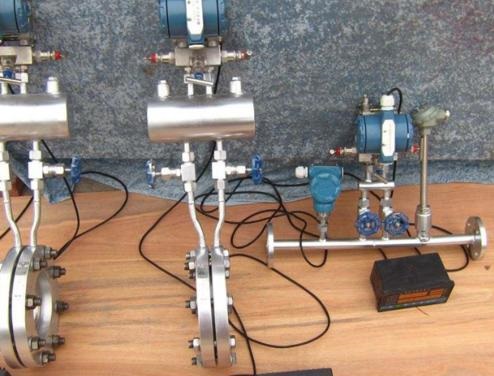 Two reasons, namely reliability, and simplicity make Venturi flowmeters the best choice for applications where lower pressure drops or higher turndown ratios are applicable. This flow rate is measured lowering the cross-sectional flow area in the flow path, which in turn creates a pressure difference. Since there is no foreign material buildup, this type of DP flowmeter is extensively utilized in streams that are dirty. 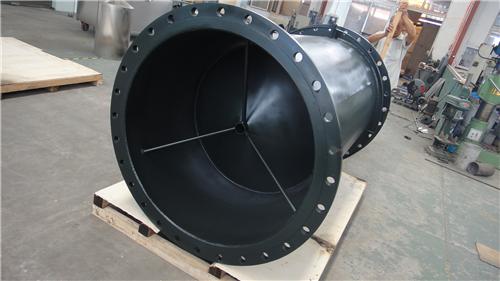 For creating a circular area for fluid passage V-Cone flowmeters comprise a cone element that is v-shaped. It is located in the pipe's central part. Compared to other kinds of pressure flowmeters, the v-cone model has reduced permanent pressure loss. Before and after the cone, it gauges pressure using a DP transmitter. You can use this model for measuring steam, liquids, and gases.

The orifice plate flow meter comes with a vent in the flat metal plate. The installation of this flowmeter is done vertically to the natural stream. Based on the pressure difference between the upstream and downstream sides, an orifice flowmeter measures the fluid flow in a partially obstructed circular pipe. The orifice plate flow meter is used to gauge steam, gas or liquid. Being an affordable and simple device, it can be delivered for any application.

As the name suggests, these flowmeters contain an annular and pitot tube along with invariable pressure ports. This device employs a DP transmitter to gauge the pressure between the two ports. Liquids or gases can be used for measuring gases or liquids.

Though nozzle and orifice have the same level of permanent pressure loss, nozzle flowmeter has the extra ability to deal with abrasive and dirty fluids. It uses a DP transmitter to gauge pressure between the flow stream in the pipe and nozzle. Gas or liquids can be measured using nozzle flowmeters. 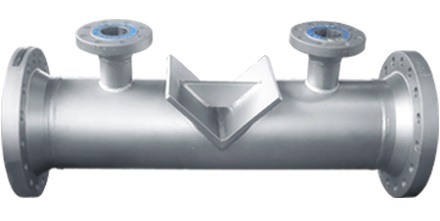 A wedge flow meter is highly useful to measure semi-liquid mixtures. It is equipped with an element that is wedge-shaped and sits vertical to the flow at the conduit top. The bottom part stays unhindered. The pressure that exists between the wedge sides is measured using a DP transmitter.

A centrifugal force is created the pipe elbow's outside walls and inside diameter to generate a differential pressure. The elbow flow meter gauges the pressure existing between the walls using a DP transmitter. You can use it as a liquid or gas flow meter.

Other popular types of DP flowmeters are laminar, ultrasonic Doppler and thermal flowmeters.