Why We Choose Balanced Flow meters instead of Traditional Orifice Plate? 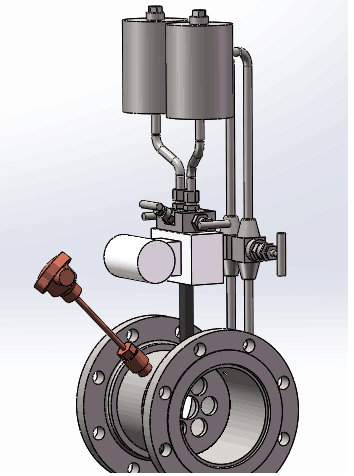 The multi-holes balance design reduces the formation of turbulent shear forces and eddy currents and reduces the loss of kinetic energy. Under the same measurement conditions, the permanent pressure loss is reduced by 2.5 times compared with the traditional orifice plate flow meters, thus saving considerable the large operating energy cost is an energy-saving instrument that deserves a lot of promotion.

Can work for tough medium

The balanced flow sensor has the characteristics of multi-holes structure, which can balance the flow field, reduce the eddy current, vibration and signal noise, greatly improve the stability of the flow field, increase the linearity by 5~10 times than the orifice plate, and improve the repeatability by 54. %, which is 0.15%, from the perspective of its comprehensive performance,

Low requirements of the straight pipe

The balance flow sensor which is manufactured by Silver Automation Instruments is stable due to the stable flow field and the pressure recovery is twice as fast as the orifice plate. The requirements for the straight pipe section are generally 1D after the first 3D, and the minimum can be less than 0.5D, thus eliminating a large number of straight pipe sections. Especially for pipes with special expensive materials, it will save a lot cost when install the Balance flow meter.

Flow sensor is resistant to dirt is not easy to block

can directly replace the orifice plate

It has the same usage and shape as the orifice plate, so it can be directly replaced with Balance flow meter, without any piping changes and related flow measuring instrument changes; it is suitable for the whole plant energy metering transformation to change the orifice plate to the balance flowmeter.

Due to the significant reduction of turbulent shear force, the direct friction between the medium and the throttle is greatly reduced, and the β value remains unchanged for a long time. The entire flow instrument has no moving parts, so the stability can be maintained for a long time.