A simple rule of thumb is that the more wires an RTD has the more accurate it is. The entire RTD assembly is not platinum. Among other issues, constructing an RTD in that manner would for most purposes be prohibitively expensive. As a result, only the small RTD element itself is made of platinum. As a practical matter the resistance value of the RTD element would be useless without a means to communicate that resistance to an instrument. Accordingly, insulated copper wires typically connect the RTD element to the measuring instrument.

Three wire RTDs are the most common specification for industrial applications. Three wire RTDs normally use a Wheatstone bridge measurement circuit to compensate for the lead wire resistance as shown below. 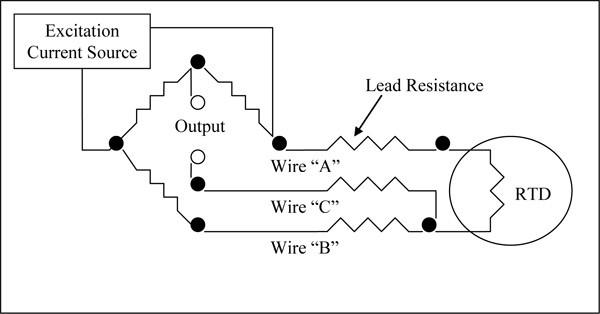 In a 3 wire RTD configuration, Wires "A" & "B" should be close to the same length. These lengths are significant because the intention of the Wheatstone bridge is to make the impedances of wires A and B, each acting as an opposite leg of the bridge, cancel the other out, leaving Wire "C" to act as a sense lead carrying a very small (microamperage range) current.

4 Wire RTDs are even more accurate than their 3 wire RTD counterparts because they are able to completely compensate for the resistance of the wires without having to pay particular attention to the length of each of the wires. This can provide significantly increased accuracy at the relatively low cost of increased copper extension wire. 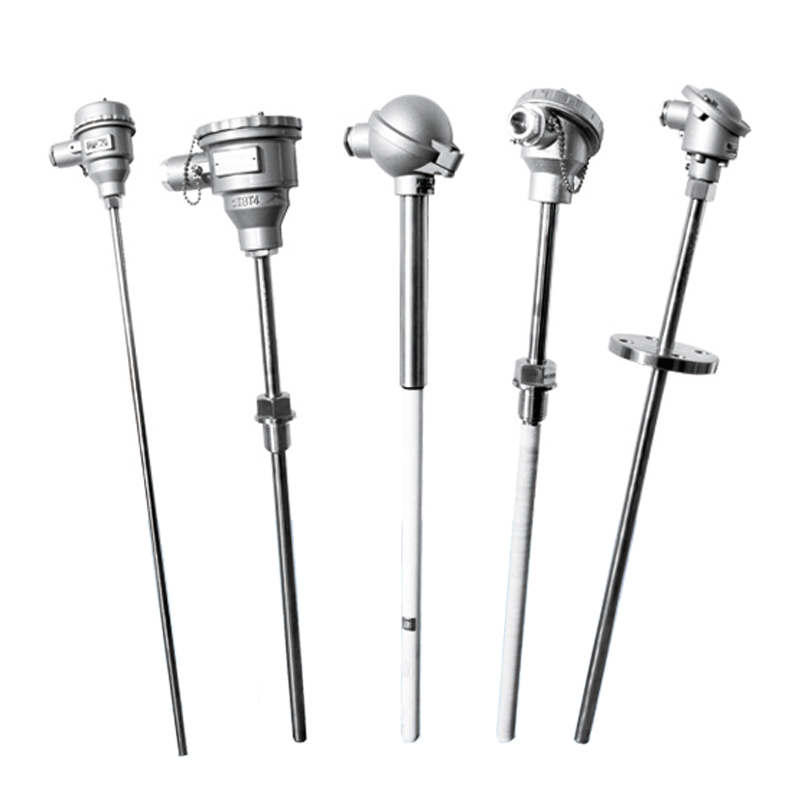