The flow measurement of vortex flow transducer is according to the principle of Karman Vortices. When a bluff body is placed vertically in pipe, as the fluid flows around the bluff body, regular vortices columns will be generated alternately on each side of the bluff body (shown as Fig.1), these eddies known as “Karman Vortices”. The resistance part shedding the vortices is named “bluff body”. The frequency of the vortices shedding is related to the velocity of the fluid. Expressed by formula as below:

U---- average velocity in the pipe 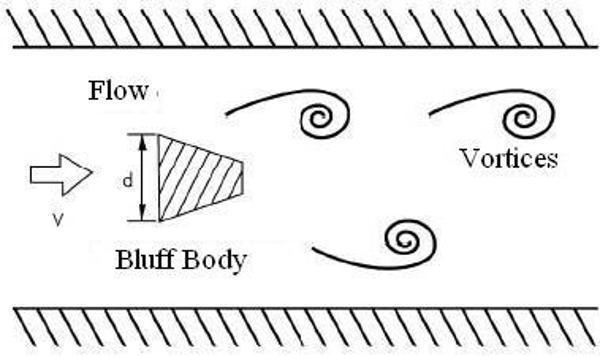 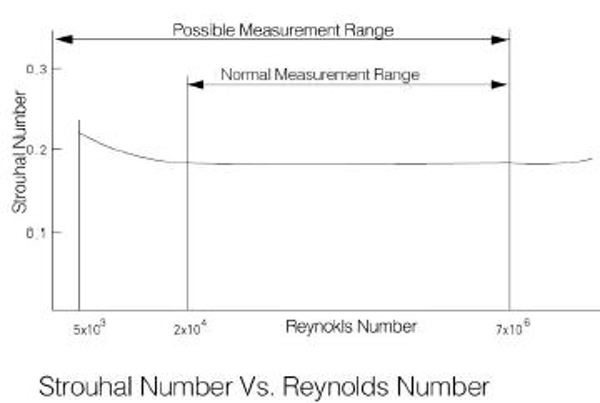 Instantaneous volumetric flow qformula as below:

Meter factor K formula as below:

Chart 2 shows that the volumetric flowrate of vortex flow meter is proportional to the vortices frequency. Meter factor K is only related with geometry parameter of bluff body, not related with physical character of fluid and ingredients.

The common formula of vortex flowmeter in the project as below:

The introduction of Strouhal number Sr :