Pros and Cons of Gas Flowmeters

A perfect flowmeter should be more accurate in any application, a higher level of reliability, high turndown, little maintenance, and does not have to be calibrated. It should be relatively affordable based on the buying price and other lifecycle costs.
Some suppliers feel that the flowmeters they manufacture are nearly perfect, which is not valid. This is because every flowmeter has its strengths and weakness, and as a result of technology or the working principle, it's not going to be the same in all applications.
The weaknesses of different flowmeters are caused by technology, application, the installation, and the nature of the material used in construction. For instance, turbine flow meters by their working principle have moving parts, and even though manufacturers have put measures in place to ensure they are incredibly reliable. A turbine flow sensor with no moving parts can be disastrous. Unlike turbine meters, Coriolis flow meters lack internal moving parts, but as per their technology, they have to be large enough and also costly in lines beyond four inches. Magnetic flowmeters cannot be relied upon in measurement hydrocarbon liquids because they lack conducive fluid that is used to take the measurements.
As far as gas flow measurement is concerned, it’s necessary to consider the pros and cons of various kinds of flowmeters. Gas flow measurement is not as straightforward as the liquid. There are nearly perfect flowmeters that can be used to measure gas flow, even though each flowmeter has its strengths and weaknesses. The article is mainly about the pros and cons of different kinds of new technology flowmeters used in the measurement of gas flow. The article will also cover the advantages and disadvantages of a few more traditional-technology flowmeters.

Over the last five years, Coriolis flowmeters have been among the most-growing kind of flowmeters. Users in most process plants prefer Coriolis flowmeters over differential-pressure (DP) meters. In spite of their higher buying price, most users still view them as a proper investment because they will retain their ownership.
Coriolis is used in the measurement of gas flow, even though they have some constraints. Coriolis is very efficient in measuring liquids in comparison to gases. This is because the density of the liquids is higher than that of gases. Coriolis flowmeters have been costlier and clumsy inline zones that are beyond four inches from the past. Coriolis flowmeters are more likely to be used in large line applications over time.
One of the crucial advantages of Coriolis flowmeters is their capacity to determine the mass flow directly, which means there is no use of the formula to compute the value of mass flow. The majority of flowmeters can be used to determine volumetric flow apart from thermal meters. To measure volumetric flow is straightforward because you are only required to collect the liquid into a small container and count the number of times the container is filled. This is the working principle of positive-displacement meters.
The flowmeter market is influenced by accuracy and reliability. This has been shown in several surveys of flowmeters that have been done over the last years. Coriolis flowmeters are leading in most of the studies. This is because they are extremely accurate and require little or no maintenance. The installation process is straightforward because they have no moving parts, and there is little or no attention required immediately after their installation. They are extremely reliable because they have no moving parts that are vulnerable to wear or degradation. 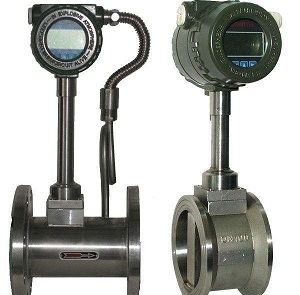 Vortex flowmeters have been in the industrial market since the 1970s. Vortex flowmeters use physical principle, which leads to the creation of vortex swirls.
Vortex flowmeters use the working principle described by Von Karman. Vortex flowmeters comprise of a bluff body as an element that is placed in the flow stream. A bluff body is usually an obstruction that is broad and has a flat front.
Flow velocity goes hand in hand with the vortices frequency. The vortex flowmeter uses different types of sensors to determine the frequency. Pressure, thermal, and ultrasonic is some of the sensors that are mostly used. Flowrate is computed by multiplying the cross-section area of the pipe and the velocity flow.
Versatility is the main benefit of vortex flowmeters. They can be used to measure gas flow, liquid, steam, and can even cope with high temperatures that are linked with the measurement of steam flow. DP flowmeters are the other type of flowmeter that can match this versatility as they use orifice plates.
The other advantage of vortex flowmeters over DP flowmeters is that they are more accurate in fluid measurements, and they don’t attract a considerable drop in pressure. The invention of multivariable transmitters has benefited the DP and vortex flowmeters because it's used to measure mass flow. 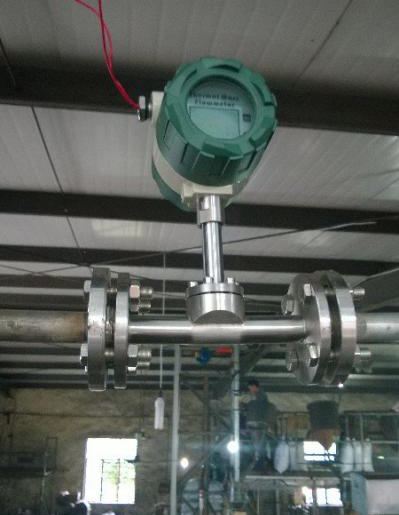